According to the legislation in Romania, in the case of agreement between spouses, in the Romanian New Civil Code, are admitted two types of divorce procedures. One, is the judicial divorce stipulated in the art. 374 of the New Civil Code and in this case, the divorce does not require any minimum period of marriage.

The second type of divorce is the administrative or notarial divorce stipulated in the art. 375 of the New Civil Code. With regards to children resulted from the marriage, or outside the marriage and adopted children, the Romanian legislation prescribes more stringent regulations on the dissolution of the marriage. In this case, the marriage can be dissolved only by public notary if spouses agree on all aspects of the custody.

If you are considering starting the divorce in Romania, you can address to our Romanian lawyers for in-depth legal advice on the steps you need to take, depending on the particularities of your case (the type of divorce applicable to you, if there are any children involved, matters concerning the division of assets and other aspects that are typically applicable here).

The divorce procedure in Romania

The divorce petition has to be submitted to the administrative body or public notary by the spouses together. After 30 days, the registrar or the public notary, will be able to end the marriage by mutual consent. The divorce petition will be rejected if the spouses have not agreed on what their name would be after divorce or on the custody. Although, in spite of this rejection, the spouses can address to the law court in order to solve their case.

The procedure is similar if the spouses submitted the divorce petition to a public notary. In this case, the public notary must release the certificate and he or she has to send it to the Town Hall where the marriage was concluded, in order to make the mention on the certificate. According to the art. 3 from the Council Regulation 2201/2003, Romanian law courts have the authority to dissolve a marriage between foreign citizens, but this procedure can be done only if:

Once they pass these conditions, they can address to the Town Hall or to the public notary in case of mutual consent, or if there are misunderstandings between the spouses they can solve it on the law court. If the spouses were married in Romania but they do not live here anymore, there is an exception to the rule and according to it the divorce can be obtained if they hire a lawyer to represent them in front of the courts.

In this case, the power of attorney is required, which is a document that provides a lawyer with the right of defending his or her clients. Should you require more information on the divorce procedure in Romania or are looking for an attorney for representation throughout this procedure in Romania please address to our law firm.

Evidence used during a divorce in Romania

In any type of legal case that must be concluded in a local court or in a public notary, the parties are required to provide evidence that can prove the need of a certain legal action. When dealing with a divorce, the law allows a wide category of documents and other types of materials to be used as evidence.

Our Romanian law firm can assist you in preparing the file containing the evidence if you want to start the divorce proceedings. Also, you must know that the law requires to have a person who will act as a witness in front of the judge, for cases that will be settled in the court. When there is a divorce that will deal with the custody of the children, the law stipulates that children with an age above 10 years old can participate in court hearings and they can testify in front of the judge.

Are there any maintenance obligations in Romania?

Maintenance refers to the financial aid a spouse can provide to the other spouse after the dissolution of the marriage. It is similar with alimony, only that it is specifically addressed to the spouse, not the children. In Romania, maintenance can be offered only in specific circumstances, granted by the law. If this applies, the overall cost of divorce in Romania can increase for the other divorcing spouse.

As a general rule, in regular situations, where both spouses have their own jobs and an overall good financial situation, maintenance can’t be requested by one of the divorcing spouses. This is given by the fact that the Romanian law stipulates that a party shouldn’t have any financial obligations towards the other party after the divorce is finalized.

However, there are exemptions to this rule, and maintenance can be requested by a party in the case in which the said party is in incapacity to work since before the marriage, during the marriage, or within one year before the divorce procedures began. Our law firm in Romania can present other exemptions from which maintenance obligations can arise.

What is the data on divorces in Romania?

A divorce in Romania is a common event, but at a European level, it can be said that Romanians are situated somewhere in the middle, as the country does not have a high divorce rate like in the case of Denmark of Lithuania, but it also does not have a low divorce rate, like it is the case of Greece or Malta, where only few divorces are registered every year. Below, our team of Romanian lawyers have prepared a short presentation on the characteristics of a divorce in Romania for 2020:

A more detailed presentation on how the divorce rate fluctuated in Romania in the last decades, as well as on the trends on getting married, one can analyze the data gathered by Eurostat, where the official statistics of each EU member state are stored.

When can one file for divorce in Romania?

The legislation in Romania regulates the reasons for which a party (or both) can file for divorce; the Romanian Civil Code is the main rule of law which prescribes when can a person be entitled to start the divorce proceedings; for a clear presentation on this subject, you can also address to our law firm in Romania.

One is entitled to file for divorce in the case in which the party can prove that the relationship has become harmful in any way or is deteriorated due to any reasons (financial, addictions, abusive conduct, not taking care of the children, deserting the family home and others).

A couple can also file for divorce if both of them agree on this decision and in this case, the event will be concluded without the participation of a divorce court, as it can be done through the pubic notary, as said above. Please mind that if there are minor children involved, then the procedure will become more complicated, as the protection of the children is at the heart of this legal step and the authorities will first have to make sure that the needs of the children are met.

If this applies, then the two parents will have to decide on specific legal aspects, such as the alimony established for the child (or children) and the parent who has to pay it (as well as the required sum), the place where the child will live; depending on the particularities of the case, the court will also establish the custody of the children; as a general rule, Romanian courts will favor the mother in this case, but joint custody has also become increasingly popular in the last decade.

What is the cost of divorce in Romania?

The cost of divorce in Romania must first be calculated based on the type of divorce that a couple will enter. If we refer to the procedure completed in the office of a notary public, then the overall costs are much lower, as the parties do not need to be represented in by a lawyer in a court, in a case that can last for several years (this can easily happen during the divorce on matters concerning the division of assets, for instance, as well as on other matters that the spouses do not agree upon).

If the divorce is handled through the notary office, then the couple must simply calculate the fee charged by the notary for preparing the divorce papers (here, the costs will vary based on the selected notary public – any person can address to any notary public in the region where the person lives).

Please mind that each notary public is allowed to establish a fee for each type of certified or notarized document, and the fees of a notary will not necessary be the same as the ones of another notary located in the same region. However, as a general rule, all notaries will charge similar fees for similar papers and large differences in price can be found when comparing the notary fees charged in Bucharest with the ones charged in a smaller city, such as Ploiesti.

In the case in which the parties will have to be represented by Romanian lawyers, and this is always applicable in situations where the couple can’t agree on the parameters of the divorce procedure, then the cost of divorce in Romania will rapidly increase, not only due to the fee charged by the lawyer for this procedure, but also because court costs can appear.

Additional, one should take into consideration matters concerning the division of the assets of the couple and the overall costs can be influenced by the decision of the court. Here, a party may lose in the favor of another party and may be required to sell a property and share the money resulted from that sale with the other spouse, give up a property for the other spouse, etc.

Then, if there are children involved, the court will decide the custody of the children and automatically, the alimony one parent has to pay until the coming of age of the children. There is a minimum established by the law, calculated based on the person’s monthly income. Our team of Romanian lawyers can provide more information on how this is calculated and how it can influence the cost of divorce in Romania for one of the parents.

Please take into consideration that the cost of divorce in Romania when addressing to a lawyer can be calculated based operating expenses involved in the procedure, the experience of the lawyer in this field, but also the reputation of the lawyer you will address to. The lawyer can charge a fee per hour or an overall fee, for the entire procedure. Nonetheless, the fee will be set up by calculating a rate of minimum RON 200 per hour.

If you need more information on how to divorce in Romania, we highly recommend you to address to our Romanian law firm for in-depth legal advice; our lawyers can represent you in front of the court where this is applicable. However, you must know that you are not legally required to be represented by a lawyer in the case of a mutual divorce concluded in front of a public notary, but legal advice is highly recommended even in this case, as various aspects may be omitted by the divorcing couple. 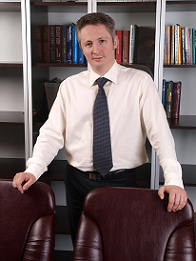